Our waterways, beaches, headlands and wetlands make the Northern Beaches a treasure trove of natural wonders and photo-worthy land and sea scapes.

If you are staying in this area, there are endless options for connecting with nature and one of the most popular things to do, affording incredible views over the Pacific Ocean and Pittwater, is to take the popular Barrenjoey Lighthouse trail walk.

The heritage-listed lighthouse was constructed in 1881 and is made of Hawkesbury sandstone, standing 113 metres above sea level atop Barrenjoey Headland, the northernmost tip of the Northern Beaches Peninsula and part of Ku-ring-gai Chase National Park.

Barrenjoey takes its name from the word the first Governor of New South Wales, Arthur Phillip, gave to the headland. He called it ‘Barrenjuee’, an indigenous word meaning ‘little kangaroo or wallaby’.

At the north end of the Palm Beach car park there is signage to direct walkers to the tracks. Visitors can take one of two moderate trails to reach the lighthouse, depending on fitness levels.

The track eventually diverges giving two options — the 400 metre Smugglers Track, the shorter although more challenging option; or the 800 metre Access Trail, twice as long with no steps although still quite steep in parts.

It is highly recommended you take water bottles with you, wear hats and sturdy footwear. Rest when needed.

Once at the top, you will forget the sweat and pumping heart rate when you are enveloped in every direction with views of pristine waters — West Head and national park, Lion Island, Broken Bay to the north, and the coastline of Sydney to the east – and some great places to just sit, or set up a picnic.

Yachts appear like tiny toy sailing boats in a bathtub from these significant heights.

Between May and November you may be lucky enough to spot whales as they migrate north.

The grave of George Mulhall, the first principal keeper of Barrenjoey Lighthouse, is here, along with plaques that explain the various vistas from the Lighthouse. You may also spot several birds of prey including white-bellied sea eagles and whistling kites. There are also glossy black cockatoos, bentwing bats, flying foxes, long-nosed bandicoots, possums and squirrel gliders.

Remember to take your camera as the scenery, whichever way you look, is mesmerising.

Headlands in this region are from the Triassic Age (199 to 251 million years ago). Tackle the rugged climb up Bangalley Headland in Avalon for more great views and a variety of native wildlife. Bangalley Head is also one of the largest bushland reserves on the Northern Beaches coastline so slow down and walk quietly to give yourself the best chance to spot wildlife.

Bilgola South Headland is a vibrant display of red bottlebrush flowers in spring; while in summer, you can source shade beneath the tea-tree and casuarina forests. A scenic lookout affords views of the cabbage tree palms of Bilgola Valley.

At low tide, marine ecosystems open up with pools of mini aquariums teeming with tiny creatures. Visitors can explore the flat and eroded regions at the bottom of rocky headlands, where you may spot starfish, crabs and shellfish. Visitors are reminded to please respect the natural and fragile ecosystems by treading lightly and sensitively and by not collecting any organisms.

At Careel Bay is the most significant area of estuarine wetlands in the Northern Beaches. It contains a combination of natural features, rare in the Sydney region, that provide habitat for a variety of marine life and bird species.

Birdwatchers will love the walking track and boardwalk that provide easy access for visitors. A total of 116 bird species have been recorded at Careel Bay including the endangered Bush Stone-Curlew along with the Mangrove Gerygone and international migratory species such as the Eastern Curlew, Whimbrel and Bar-tailed Godwit.

If you want to go exploring with pooch, you need to plan ahead as there are only a handful of places on the Northern Beaches where dogs are permitted, as outlined below:

There is a designated OFF leash area to the north of Careel Bay playing fields at Hitchcock Park. (Dogs must be on leash however through Hitchcock Park).

At Great Mackeral Beach dogs are permitted off-leash under effective control between the Wharf and the most northerly house between 6:30am-9:30am and 5pm-sunset. At all other times dogs must be leashed. Dogs are not permitted below the high tide mark or in the water.

The Bible Garden is in a quiet residential street of Palm Beach. Open to the public for informal visits in daylight hours, it is a quiet, contemplative, Christian garden made up of a pond and gently descending grassed terraces that lead down to a viewing area providing jaw-dropping views.

The Bible Garden was founded by Gerald Hercules Robinson in the 1960s. He believed that ‘The Garden and the view behind it provide a perfect example of the glory of God’s creation’.

Located at 6a Mitchell Road, Palm Beach, it sits high above the southern end of the beach, starting at the junction of Pacific and Ebor Roads.

There are two large sandstone boulders and a small cave on the actual beach at Palm Beach, about half way down and easily seen from Ocean Road. Experienced rock climbers can often be seen scaling or ‘bouldering’ the rock that stands at about six metres high.

You can sit inside the rock’s crevices and gaze out to the ocean. Indeed, it’s the very place where Danish designer and architect of the Sydney Opera House Jørn Utzon used to go in search of solitude and inspiration. He was a frequent visitor to the cave from his office base, a boatshed he converted with full pane glass windows to overlook Pittwater. He even held his office Christmas party at the cave. 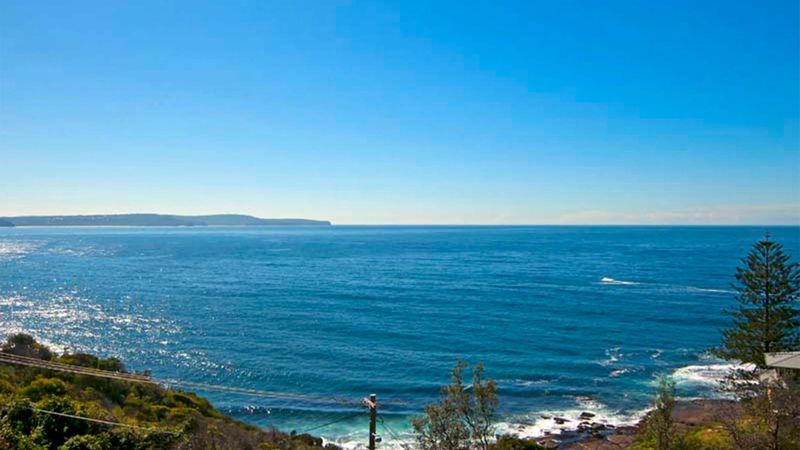 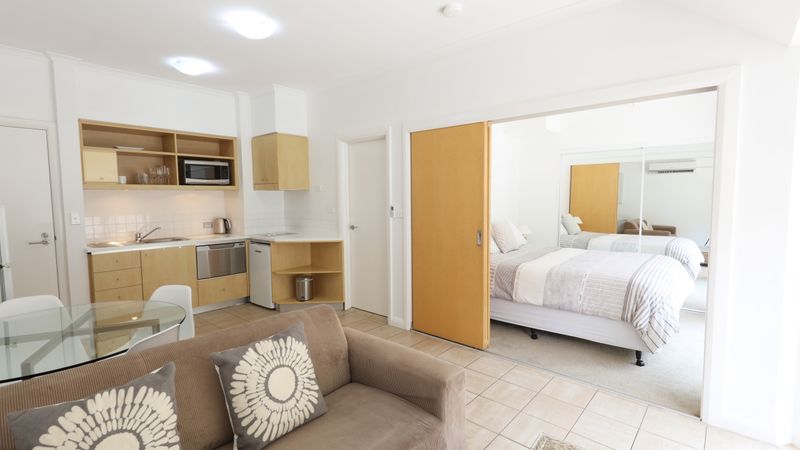 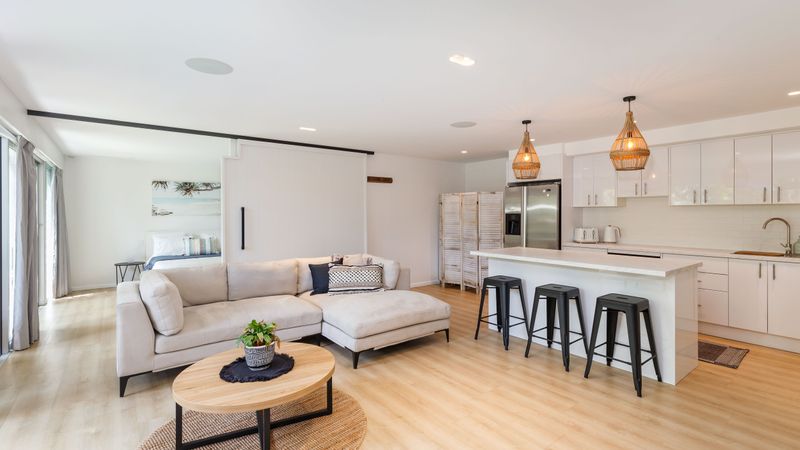